Note:: This post was originally published on Om Livin’, my old blog, back in 2014. Some information may not be up to date.

Today is going to be very intriguing to the average reader. I am going to start introducing SUPERFOODS! Many of you have heard this term before & most likely know at least a few of them, but for those of you that haven’t heard, a superfood is by definition a nutrient-rich food considered to be especially beneficial for health and well-being. First on our list is…. BEE POLLEN. I usually start taking bee pollen during the spring & fall & I have noticed big changes in my allergies…they’re gone! When I first started, I had read as much as I could about taking it before starting because I had a few questions about it {now I do have to be clear when I state that some claims for it’s health benefits are anecdotal, however being that there is such a large amount of these claims, which has led many scientists & nutritionists to believe the claimed effects of consumption. Maybe one day, the future of humanity will mean more than what lobbyists have to offer}.

Snag my Goal Setting with the Moon Phases printable - a mama's must have!

**You'll also be subscribed to my monthly newsletter, where I share fun freebies, recent posts, and a little bit of magic!

Statements made here have not been evaluated by the FDA. This information is not intended to diagnose, treat, cure, or prevent any disease. Please note that I do not take the place of your health care professional and any changes made should be discussed with them first. All suggestions made on this website are specific to Young Living and have not been used with any other essential oils unless otherwise stated.

Please note that some links listed on this page are Amazon or other affiliate links, meaning that I earn a small commission if you purchase through them. These commissions are what helps to support crescent and sparrow as well as my family. Please know that I only link products that I love & trust in hopes that you and your loved ones can benefit from or enjoy as well!

What is in it?
Why should I take it? 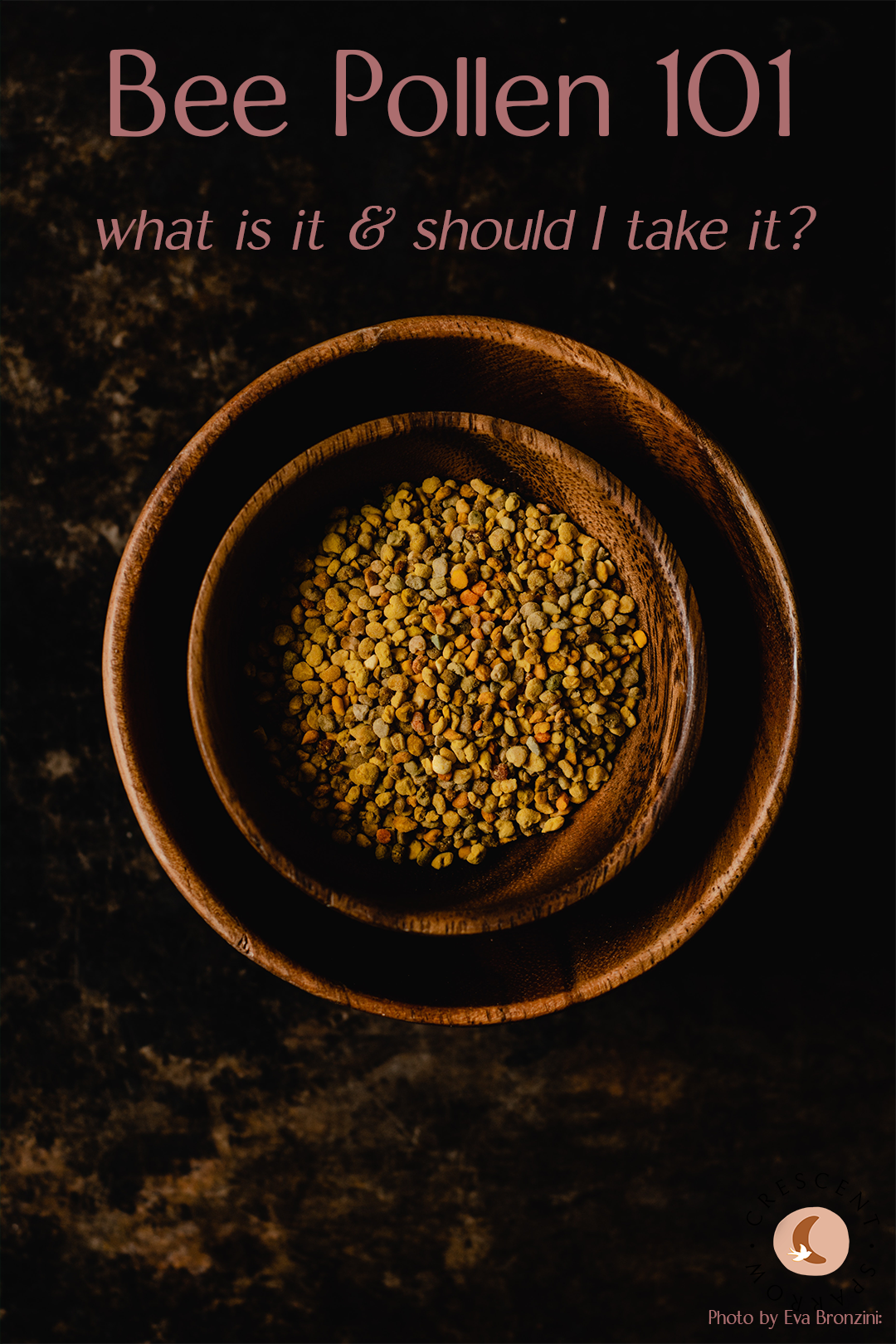 What do you think? Willing to give it a try? Here is a yummy bee pollen recipe I like!
Let me know your thoughts, opinions & questions! Thanks for reading!

Who is liable for Vaccine Injury?

Hello Friend,   Joe Biden said back in April that gun manufacturers are the ONLY industry that can’t be sued THAT WAS WRONG. While they are covered from certain situations they are not fully protected — but Biden failed to mention another industry that IS 100%...

You are the gatekeeper, mama

Hello Friend,   Have you seen the film STINK? I watched it about a year ago and let me tell you, it only strengthened my reason for living a non-toxic lifestyle!! Everyday products are filled with nasty chemicals including endocrine distributors, which have SUCH...

Hi friend,   Spring time has arrived and now I have the sudden urge to clean the home, let in all the light, and of course smell everything that is springy! I have ventured out and tried new scents, and I have diffused those blends I've used for years! Below is a...

This website uses cookies to improve your experience while you navigate through the website. Out of these cookies, the cookies that are categorized as necessary are stored on your browser as they are essential for the working of basic functionalities of the website. We also use third-party cookies that help us analyze and understand how you use this website. These cookies will be stored in your browser only with your consent. You also have the option to opt-out of these cookies. But opting out of some of these cookies may have an effect on your browsing experience.
Necessary Always Enabled
Necessary cookies are absolutely essential for the website to function properly. This category only includes cookies that ensures basic functionalities and security features of the website. These cookies do not store any personal information.
Non-necessary
Any cookies that may not be particularly necessary for the website to function and is used specifically to collect user personal data via analytics, ads, other embedded contents are termed as non-necessary cookies. It is mandatory to procure user consent prior to running these cookies on your website.
SAVE & ACCEPT